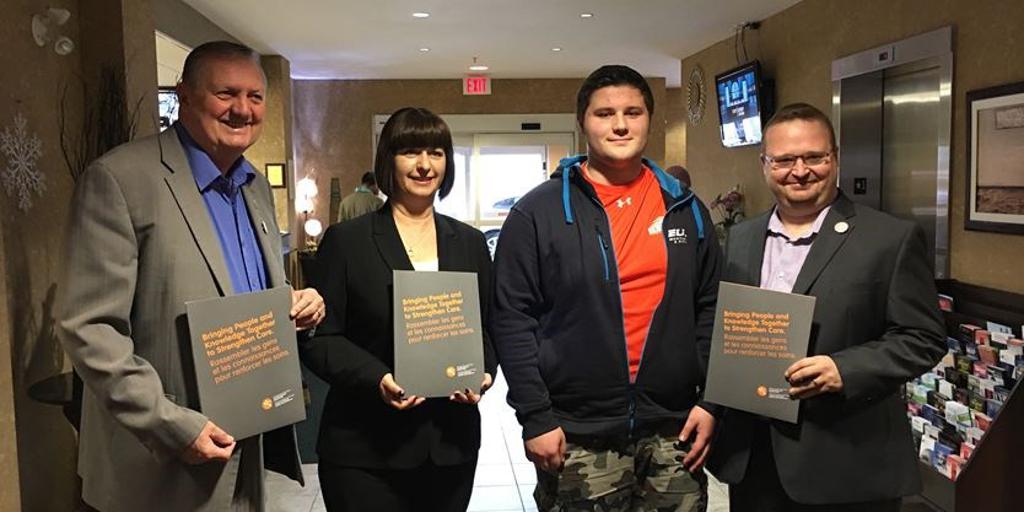 While organizers hoped for more participants, they reached their goals and hosted successful sessions on how to make sports more inclusive, said Tammy Copp, program director.

She said about 22 players attended the summit, organized by the Bengals Football Club.

The day was split into two sessions, with the morning focusing on LBGTQ athletes and their families, and the afternoon discussing new Canadians who spoke about their experiences moving to Canada and joining sports teams.

“The Bengals help us to see we have a civic responsibility to make our sport as broad and as inclusive as possible,” player Tyler Greer said in his address to program participants. “So it’s really important to players that no individual or group of individuals are excluded from what the team is doing.”

Greer was one the players who encouraged the day to happen after he voiced concern that he didn’t know how to talk about Michael Sam, an openly-gay football player, and his time in the CFL, without saying something inappropriate.

“Today is about learning, not about political correctness, but really engaging and learning how we can do better, be better and achieve more together,” he told program participants.

Copp said one of the most beneficial activities included using a gingerbread man graphic that talked about the difference between sexuality, gender and expression and the correct terms to use.

“The main questions the youth who were leading it wanted answered was, 'How do I refer to all this? What language should I be using? How do I say it so I’m not coming across as rude or ignorant?'”

She said guest speakers on the panels included athletes who identified as gay or transgender, and those who moved to Canada as youth. The speakers made a lasting mark on those who attended, Copp said.

“I think the most impactful part of the day was when the trans athlete was talking about being assaulted in the locker-room,” she said. “There were a lot of looks of shock.”

While she would have liked to see more athletes out at the event, local politicians attended to show support, and encouraged organizers to keep going with their efforts to support youth athletes.

“This is where you start,” Copp said.